How Long Does Gypsum Plastering Last? 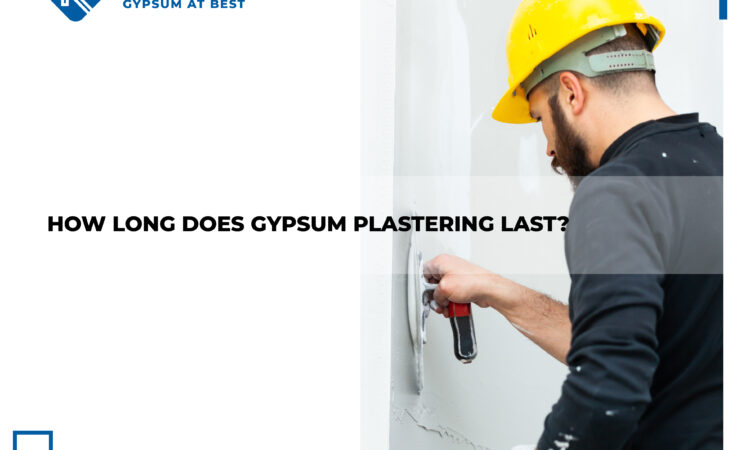 Gypsum as a processed mineral has evolved to become the most preferred building material as an alternative to other materials like cement, sand, wood, etc., It has unique properties and it is quite difficult to find another single material with all the properties of gypsum. Gypsum plastering has revolutionized the Indian construction industry and has set new standards in quality and cost-optimality.

Gypsum is a naturally occurring crystal of Calcium Sulphate (CaSO4.2H2O) formed during the geological period due to the evaporation of seawater. The thickness of gypsum deposits ranges from a few centimeters to several tens of meters. This is then ground to a fine powder and then gently heated to about 150 degrees celsius. Some or all of the chemically formed water crystals evaporate to form a compound with fewer or no water molecules. This package is tightly packed and sealed for use as gypsum plaster.

While applying on the walls, this powdered compound is then mixed with water. It hardens to form the gypsum plaster, which is in several ways better than the other kind of plaster-like sand cement plaster or lime plaster. Fully hydrated gypsum may not get along with water while application as gypsum plaster, and so is the initial heating mandatory.

The shelf life of unapplied gypsum plaster is 3-4 months from the date of production. However, when this is stored in a setting with optimal humidity and temperature, gypsum plasters can last up to 6 months. Gypsum plaster is highly durable and produces a very smooth, crackless finish.

The ability of gypsum to withstand fire, corrosion, and heat also increases the durability of the plaster and the buildings. Gypsum also has a low density and a higher compressive strength. When used in high-rise buildings, gypsum plasters reduce the dead weight of buildings. It increases their resistance to earthquakes and high-speed winds.

Though some people in the construction industry argue that gypsum plasters are a novice and are a modern construction material like Portland cement, it is an undeniable fact that it has been used along with lime in floors, walls, and ceilings across several countries ever since the 16th century.

Some of the best-preserved examples of gypsum plastering are found in several monumental buildings of Egypt. This includes the pyramids of Giza, frescoes and ornaments, and royal buildings of Britain. The fact that they are standing tall even today, is a testament to the unmatchable durability of gypsum plasters as well as to the fact that the usage of gypsum as a plastering material extended several centuries and generations back in time.